Eviction of Aboriginal protesters by Sotheby's auction house in Melbourne

“Members of Tasmania's Aboriginal community tried unsuccessfully to stop the auction of three ancestral photographs at Sotheby's in Melbourne on Tuesday night.” http://www.abc.net.au/news/2014-07-30/aboriginal-protesters-evicted-by-sutheby27s/5636678 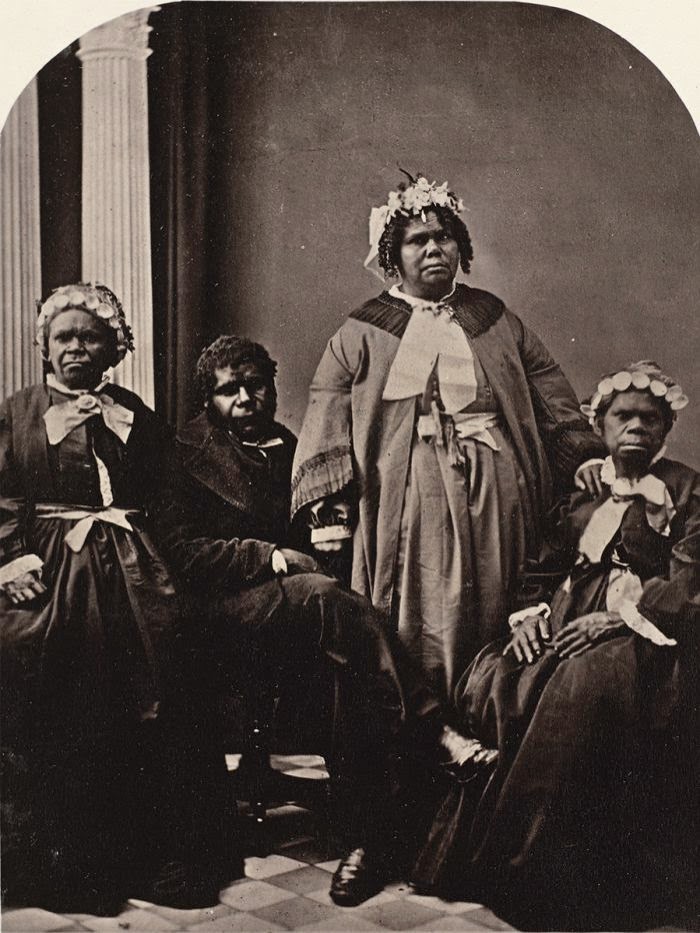 Three photos that went under hammer were titled "The Last of the Tasmanian Natives”. They depicted Aboriginal residents of the Oyster Cove settlement near Hobart in the 1860s.

Dr Julie Gough’s (http://www.anu.edu.au/culture/abstractions/artists/jg_1.htm) essay - Forgotten Lives - The First Photographs of Tasmanian Aboriginal People in recently published book tilted ‘Calling the Shots - Aboriginal Photographies’ ** gives a great deal of details and circumstances in which early photographs related to Oyster Cove were made. Gough argues “the controlled isolation of Aboriginal people at Oyster Cove who were segregated from the increasing Aboriginal community in Bass Strait and isolated family groups mainland Tasmania can be viewed as part of a future-oriented agenda. The official determination to not recognise Aboriginal people not at Oyster Cove as legitimate Aborigines has had ramifications to this day, as the mainstream populace has misunderstood Aboriginally, Aboriginal history and cultural continuance in Tasmania.” (p. 36) In the same book, in his essay - Aboriginal People and Four Early Brisbane Photographers, Michael Aird points out “sadly, some photographs have been used to exclude Aboriginal people from their history and identity. Captions such as 'The last of the tribe' are examples of how this has happened” (p. 153).

When valuing/selecting art, it is about time for auction houses, galleries, museums, collectors, festivals, curators, publishers, editors, critiques pay more attention to the process from which the work of art originated and divulge it to the clients/consumers/spectators in a more transparent, meaningful and culturally accepted manner. This is not dissimilar to other products in the market. To quote an analogy, we in the role of consumers are increasingly concerned about what we consume – food, apparel, furniture etc. We tend to look into the value chain to know how and where the products we consume are produced and what their sources are. For instance, whether the sources for a product were obtained by the logging of a rainforest, killing of an animal of an endangered species or whether it was produced in a sweat shop. We know well that no matter how smart a t-shirt is or how big the brand name is, if the t-shirt comes from a sweat shop it would be a product of heartless exploitation. We do this to safeguard less powerful communities and vulnerable eco systems and species.

It may not be easy to apply the same logic to art making especially because it varies depending on the nature of the work and contexts. However, it is not impossible to initiate frameworks if leading stakeholders work together in this 21st century. This is the only way one could put some ethical and moral safeguards on the process and make an effort to resolve historical wrongs.

(** Calling the Shots was edited by Prof. Jane Lydon and published by Aboriginal Studies Press)
Posted by Jagath Dheerasekara at 11:05 AM No comments: Links to this post 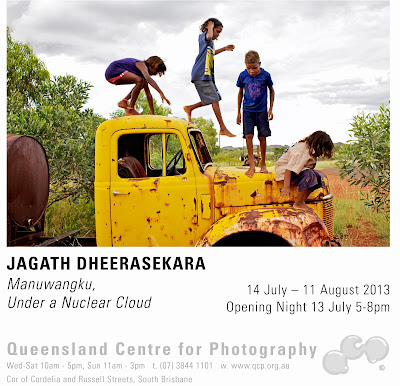 Posted by Jagath Dheerasekara at 11:12 PM No comments: Links to this post 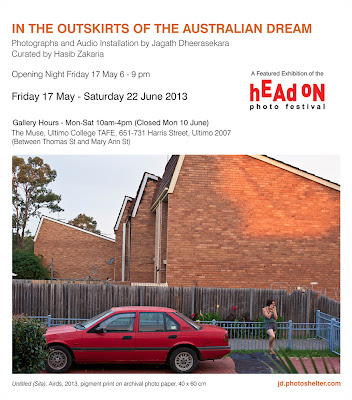 http://headon.com.au/event/outskirts-australian-dream
Posted by Jagath Dheerasekara at 9:30 PM No comments: Links to this post

All images posted here are copyrighted and owned by the photographer, Jagath Dheerasekara unless otherwise stated. Under no circumstances shall those images be used, copied, displayed or downloaded from this blog site without expressed written consent of the photographer who owns it.